Soccer (football) has a lot of idioms. They are often used by commentators to keep listeners interested in the game.

Whether you’re a soccer fan or not, you can’t deny that the sport has had a major impact on the business world. In fact, there are quite a few business idioms that are linked to soccer.

Idioms are often used in sport but can be used in business just as easily.

Here are ten business idioms that you’re likely to hear in the boardroom or the workplace!

1. Reach for the sky

He reached for the sky and put in the hard work so he deserves the promotion.

In business, as in soccer, you need to have your eye on the prize and reach for the sky. The World Cup is a great example of this. Just like in business, the teams that are successful are the ones that have their sights set on the top spot and never give up.

It’s important to always be looking for ways to improve and reach new heights. In business, this could mean striving to increase sales, expanding into new markets or product categories, or investing in new technologies. Whatever it is, always be thinking about how you can take your business to the next level.

Just like in soccer, it takes a lot of hard work and dedication to become a champion. Businesses need to be constantly innovating and evolving if they want to stay ahead of the competition. So keep your eye on the ball (or in this case, the cup) and never give up on your dreams of being a business world champion!

Make sure you do cleaning tonight, do not pass the ball to other staff members.

In business, as in soccer, it’s important to know when to pass the ball. Just as a good soccer player will assess the field and make a decision about whether to keep the ball or pass it to another player, a good business owner or manager will also know when to delegate tasks or projects to others.

There are a few different situations where it might be appropriate to “pass the ball” in business:

If you’re feeling overwhelmed or like you’re in over your head, it’s probably time to pass the ball to someone else. Trying to do everything yourself is a recipe for disaster.

If you have someone on your team who is better suited for a particular task or project, let them take the lead. There’s no point in struggling through something when someone else can do it better.

Sometimes it’s just not your turn. If you’re working on a project with other people, there may come a time when it makes more sense for someone else to take the lead. Maybe they have more expertise in a certain area, or maybe they just need some experience leading a project. Either way, don’t be afraid to step back and let someone else take charge.

Knowing when to pass the ball is an important skill in both business and soccer. By being aware of your own limitations and those of your team members, you can ensure that tasks are delegated appropriately and that projects are completed efficiently.

He has moved location and now we should give him a clean sheet to prove himself.

When you hear the phrase “clean sheet,” you’re probably thinking about soccer. A clean sheet is when a team doesn’t allow the other team to score any goals. In business, a clean sheet means starting from scratch.

If you’re starting a new project, you may want to start with a clean sheet of paper. This means that you’re starting from the beginning and not using any existing materials.

If you’re in a meeting and someone suggests an idea that’s totally different from what’s been discussed before, they may be said to be starting on a clean sheet. This means that they’re disregarding all the previous discussion and starting anew.

A clean sheet can also be used more generally to mean starting over or being fresh and new. If your company is going through some changes, you may say that it’s time for a clean slate. This means that everything will be different going forward.

Did the customer leave a review, well you scored a point there.

When you “score a point,” you achieve a small victory, usually in an argument or debate. This expression is most likely derived from the sport of soccer, where scoring a single point can be the difference between winning and losing the game.

In a business context, scoring a point might mean winning a small contract or landing a new client. It could also refer to successfully negotiating a better deal, or getting your way in a meeting. Basically, anytime you come out ahead in a business situation, you can say you’ve scored a point.

This expression can also be used in everyday life, outside of work. For example, if you’re arguing with your spouse about what to watch on TV and you finally get them to agree to your choice, you can say you’ve scored a point. Or if you’ve been trying to convince your friend to go on vacation with you and they finally agree, again, you’ve scored a point.

In short, whenever you win an argument or get your way in any situation, feel free to say you’ve scored a point!

No time for half time talk, customer need to be served.

When you’re at work, do you ever feel like you’re in the middle of a game with no break in sight? If so, you’re not alone. According to a recent study, the average person spends more than 60 percent of their waking hours engaged in some form of work.

With the World Cup in full swing, it’s the perfect time to take a break from work and explore some business idioms that are linked to soccer. From “scoring a goal” to “playing defense,” these common phrases can help you better understand your colleagues (and maybe even yourself).

So, what are you waiting for? Grab a cup of coffee and let’s explore some business idioms linked to soccer.

He wants a promotion, but he is not ready it is a tall order to give him the promotion before John.

“That’s a tall order.” This idiom means that the goal is ambitious and will require a lot of work to achieve.

Example: “In order to get your degree by the end of the year, you’ll need to take five classes at once. That’s a tall order.”

We have nearly got him his playing in two halves, we need to offer him more money.

When you hear someone say “play in two halves,” they’re usually talking about a soccer game. But this idiom can also be applied to business.

If you’re trying to close a deal or achieve some other business goal, you may need to put in a lot of effort up front. But once you’ve made the initial investment, the rest should come more easily.

This idiom is often used as encouragement to keep going even when the going gets tough. So if you’re feeling like you’re stuck in a rut, remember that it’s only half-time. There’s still plenty of time to turn things around.

Get back on the floor and finish your shift and bang the ball field and get it done.

When you “bang the ball upfield,” you’re taking a direct and aggressive approach to moving forward. This idiom is often used in business contexts when someone wants to get straight to the point and take decisive action.

This term likely comes from the sport of soccer, where players will sometimes kick the ball high into the air in order to make it go as far up the field as possible. This can be seen as a risky move, as it gives the other team a chance to intercept the ball, but it can also pay off if it results in your team gaining ground quickly.

In business, “banging the ball upfield” can be seen as a way to take risks and move forward quickly. It’s about being direct and aggressive in your approach, and not wasting time with things that aren’t going to help you achieve your goal.

So, next time you’re feeling like you need to take some decisive action in your business, remember this idiom and go for it!

9. Give it some stick

Come on mate, give it some stick and have a go tomorrow, we have a big event.

This idiom is used to encourage someone to keep going, or to try harder. It’s often used as a piece of advice, telling someone not to give up.

Give it some stick is an idiomatic phrase meaning to give something all you’ve got, to put all your effort into something. The phrase is most likely derived from the game of cricket, where a batsman needs to hit the ball with all their might to score runs. However, it’s also possible that the phrase comes from military slang, where “giving it some stick” means attacking with all your might.

Yes the bill has been settled it is all square.

“It’s all square” is a common business idiom that means everything is even or balanced. It can be used to describe a situation where two parties are evenly matched, or when a situation is resolved and there are no outstanding issues.

This idiom is often used in soccer (football) to describe a game that is tied at the end of regulation time. In business, it can be used to describe a situation where both sides have come to an agreement or understanding, or when a dispute has been resolved.

This idiom is thought to originate from the game of chess, where the board is said to be “all square” when all of the pieces are in their starting positions.

When you’re trying to explain something complicated, an idiom can be a helpful way to make your point more quickly and with more visual context. For example, if you want to explain that someone is very good at soccer, you could say “He’s a real Ronaldo” or “She’s a Messi.”

These business idioms are linked to soccer because they help describe various business concepts in a more relatable and understandable way. For example, if you’re trying to close a deal, you might say “I’m going to score this goal.” Or if you’re feeling confident about an upcoming presentation, you might say “I’m not worried – I’ve got this in the bag.”

What other business idioms can you think of that are linked to soccer? Share them in the comments below!

Thank you for Reading!

This was written by me. Bryce Purnell, founder of Learn Laugh Speak. 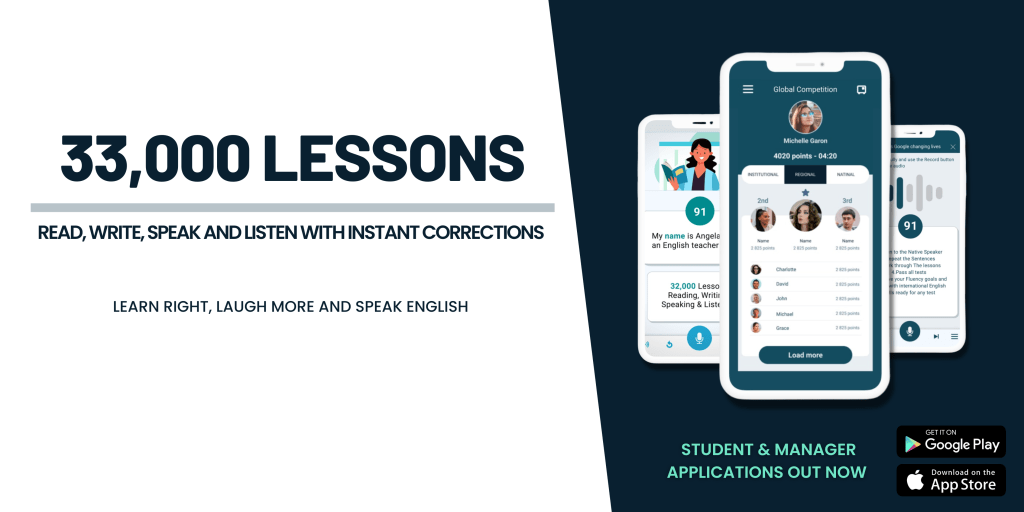